February 2010: CUTOUT published their first issue. It was complete with a textured cover and bound with the saddle stitch method. Back in the days, CUTOUT used to have up to four issues in a year. As time went on, our hands became fuller so we decided to cut it down to two issues per year, but with more of the awesome content. The first 13 issues of CUTOUT looked fun and colorful, compared to what we have now. Content-wise, they were more light-hearted and playful.

In the 4th year of CUTOUT, which is the 14th issue, we have a brand new look to our magazines – new direction, new paper and a perfect binding. Our designs shifted to be more modernized, it is now clean and minimal. We started to explore more in finishing, such as hot stamping and die cuts. We know CUTOUT isn’t being published as frequently as before, but our content is definitely more informative now. Our readers are prone to get their hands on CUTOUT now for its innovative cover designs and mature, insightful content. Contact us to find out more!

Premier Issue: Getting Down to Business

Know what established design studios do to make it big in the industry, what it takes to run a studio and all about making connections.

The Independent Designers Issue: Finding a Mark in the Industry

Advice from independent designers on getting started in freelancing and working your way around the freelance circle.

Showcasing some of the best Malaysian and Singaporean illustrators who have gone on to work for the big brothers of Marvel Heroes and Hollywood.

Typography: It’s All in the Details

The interesting, the mysterious and the magical strokes and details of typography is explained in this issue.

Pages filled with character design and cosplay. Read on about the transformation of a simple sketch into a well-known brand with a wide range of products.

How design finds a spot and becomes a competitive edge for retailers wanting to make a mark in the challenging retail industry.

The Designer is a Rockstar Issue

Laden with tips and advice from famous designers on how to become a graphic designer that is well known for his or her gut feelings, vision and sense of style.

Interactive agencies explain the idea and concept behind their interactive sites or advertising campaigns, and how to make better sites.

Find out the experiences and challenges in running a design magazine straight from the minds of editors and creative directors.

A showcase of festivals/conferences happening around the globe made remarkably significant with great design.

In this issue we have sought the portfolios of designers and creative units for design works (packaging, branding, campaign, etc) that are done successfully only in black and white.

See the international financial hub as the creative city through the eyes of a designer. This issue features local design, places of interest and pop culture influences for all designers to know.

Designers are in one of the professions for which self-promotion is very important. In this issue we present you the self-promotional materials made by designers and their views on how to introduce yourself to the world. 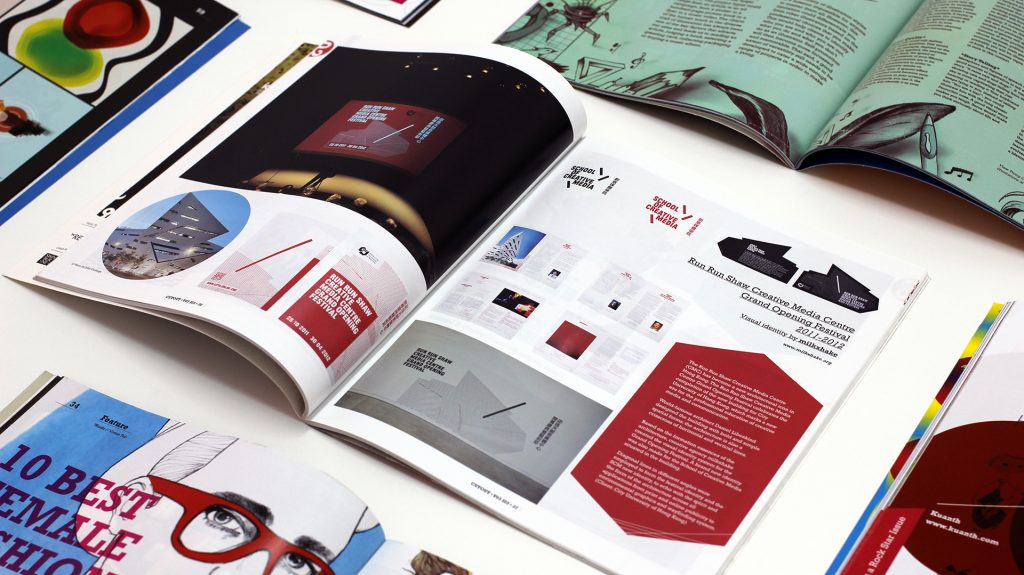